Indonesia. – The species is not protected in Indonesia; harvest quota for 2021 was 900 wild individuals, of which 855 individuals are intended for export.

Malaysia (Sabah). – Under the Wildlife Conservation Enactment of 1997 all Varanus spp. native to Sabah are included in the list of „Protected species of animals and plants  – where limited hunting and collection under a licence“ is possible.

Malaysia (Sarawak). – As of the „First Schedule [Section 2(1)] PART II on Protected Animals from the Wild Life Protection Ordinance, 1998“ all Varanus spp. native to Sarawak are included in the List of Protected Animals in Sarawak.

Thailand. – Habitat fragmentation. Alike V. dumerilii, V. rudicollis only occurs in primary forests. The range of V. rudicollis goes slightly further north than V. dumerilii, but it is even more rare. Since the fragmentation of primary forests, commonly within protected areas, also populations are fragmented. There is no exploitation as food since there are tales about them being poisonous to eat. The species is not exploited for the pet trade.  (it also has a pattern distinct from the Indonesian population)

General. – Rarity combined with its secretive life habits justify why data on the population densities, abundance etc. on the species are so scarce.  Elaborated field methods are needed to provide estimates of populations in harvested and non-harvested regions. Close cooperation with local (active/inactive) trappers is important to gather data on trapping conditions of the species. Data on habitat use and home range size generated with radio-telemetry would be an essential asset to understand the species‘ ecological requirements.

Thailand. – Almost no field data exist of Varanus rudicollis. Only one observational record was made during 13 years of field work (Cota, pers. comm.). Population studies are required to set a baseline so we can see if they are declining. Natural history studies need to be done to see if they are as rare as they appear to be or are they wary and too high in the trees for us to observe. Most of what we know about this species is known from captive specimens

Thailand. – One project is established in collaboration with the Natural History Museum, National Science Museum. however, unfortunately, submission for grants and research permits has been on hold because of the COVID-19 pandemic. 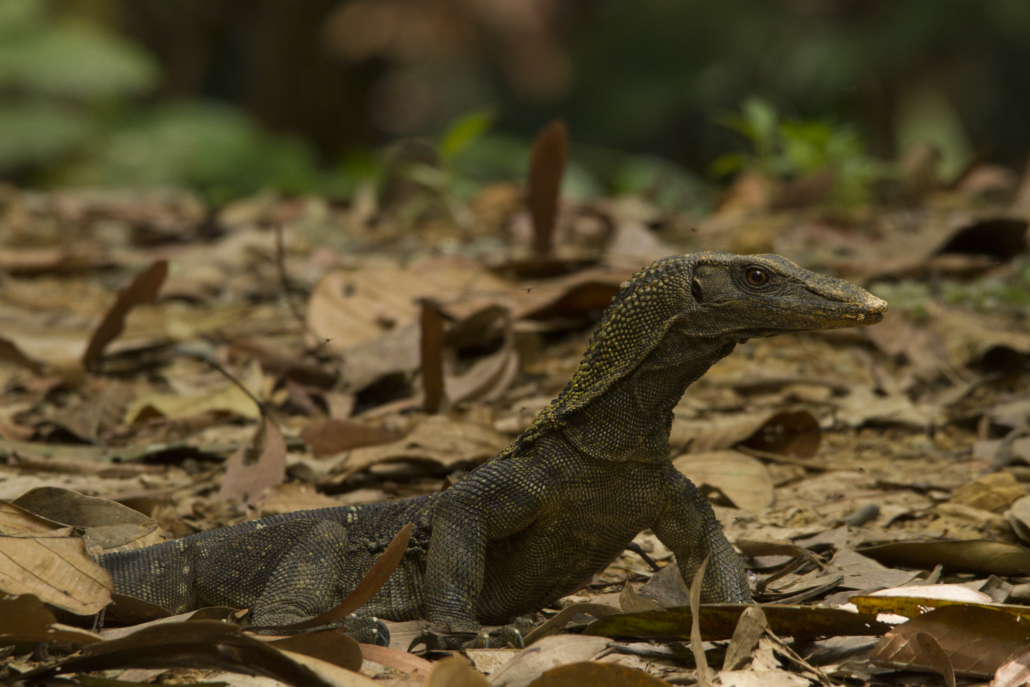